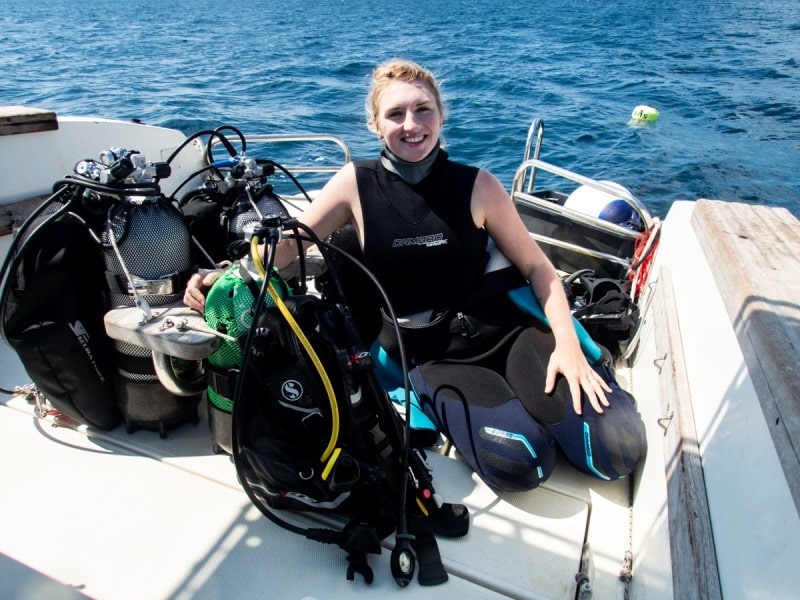 For a safe dive, it is necessary to use a series of equipments that will provide tranquility, comfort and, obviously, safety to the diver.

See below a more detailed description about each of these equipments:

Snorkel is a tube of approximately thirty centimeters that contains a nozzle and allows the diver to breathe the ambient air through the mouth, without lifting the head of water. The most current ones have a valve (purge valve) that allows breathing and aspiration in different stages. They also have a “wrap-around” device at the outermost end that assists diving in sea waters.

The Dive Mask gives the diver a clear view of the sea bottom, because the rays of light cannot be focused without the presence of an air layer before the eyes, allowed by the mask. Another curious effect of sea vision is the apparent increase and approximation of objects in a proportion about 25% higher and up to 2/3 closer than reality. Thus, if a diver tells that he has seen a fish of one meter, one should understand something around 75 centimeters. This effect is known as refraction.

What differentiates the capacity and the amount of air inside the cylinder, besides, of course, its size is the pressure used in its filling. The cylinders most used by divers weigh from twelve to fifteen kilos and store approximately 2400 liters of compressed air. The mechanism that allows breathing under water is the regulator. When the cylinder is recharged with another type of gas mixture, different from compressed air, it must have its own visual identification, alerting the diver about which gas is contained in the cylinder.

Insulating clothing prevents loss of body heat and protects the skin against coral burns, poisonous animals or stone cuts. Generally, they are made of neoprene, a type of rubber that contains thousands of tiny bubbles inside. Thanks to this characteristic, the water that enters the clothing does not come out, so it is heated by the body temperature and creates an insulating barrier between the diver and the liquid medium in which he is wrapped. There are also dry clothes made of neoprene or vulcanized rubber, which prevent the passage of water into the clothes.

The diving knife is considered a safety item in diving. In case the diver gets tangled in the bottom of some rope, line or fishing net, the knife will be fundamental to free him from the difficulty. The diving knife can still be used as a hammer, screwdriver, saw and even as a unit of measurement. Its use in diving, mainly autonomous, should not be to affect marine beings. However, in the practice of free diving, the knife is useful to cut and remove captured fish.

Equipment used to compensate for buoyancy caused mainly by insulating clothing and body fat. The amount of ballast (lead) varies from diver to diver, depending on its natural buoyancy.

Since the arms are not used in underwater swimming, the movement of the legs is responsible for the diver’s displacement. Made of rubber or silicone, the fins can be basically of two models: open heel (open fins), which almost always requires the use of a boot inside the fin; and the closed heel (closed fins).

Of variable sizes, according to the use, as a rule we have those of large size (jumbo), for free diving, since it requires greater speed of the diver to reach the desired depth, since there is no air supply beyond the limits of the lungs; and the smaller and wider, which provide greater strength, which is necessary when swimming with complete equipment (clothing, cylinder, vest, ballast belt).

Safety equipment, the balancing vest is necessary to maintain a perfect buoyancy of the diver. The balancing vest is formed by a vest with pockets that ignite air as the diver triggers his own button (power), connected to a low pressure hose to the cylinder. By inflating the vest, naturally due to the air in the bags, it will tend to float, and becomes safety equipment for the diver’s flotation on the surface.

Mandatory for night dives, when more than one flashlight is required as safety equipment, it is also used during the day for a better view of the inside of burrows. When the flashlight is pointed at a sea creature or coral, it reveals its true color because the deeper the colors are lost due to the refraction of light. The only way to observe the true color is through an alternative source of light (flashlight).

A dive computer consists of an electronic equipment that indicates the depth in which the diver is, elaborating calculations in an extremely fast way and pointing immediately the time that the diver will be able to stay at that depth without the need to undergo decompressive stops.

The dive computer also elaborates calculations for decompression diving, indicating the number of stops, the depth and the time required for the elimination of residual nitrogen, thus avoiding the occurrence of decompression sickness embolism gas. The dive computer also indicates the surface time intervals, calculates the time of successive dives and warns of the diver’s impossibility to fly soon after some dives, depending on the depth reached and the duration time of these dives.

View all posts by Gail Lippert → 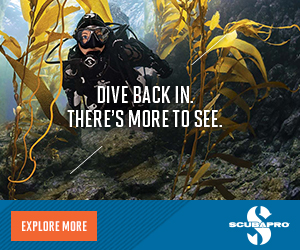 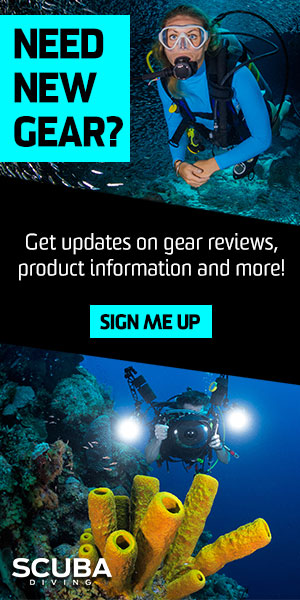 Tips on How to Maintain Your Air Conditioner

Types of diving and their characteristics

Everything you need to become a diver

Tricks for diving with currents

No comments found.
No tags created. 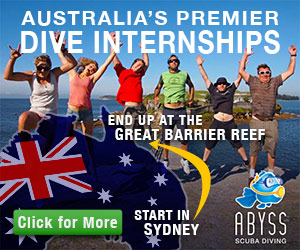